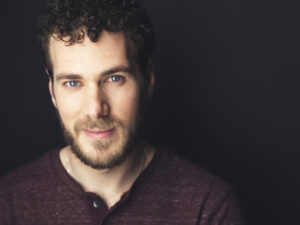 Tyler Herman (he/him) is an actor, director, and playwright based in the Washington, DC area, formerly land occupied by the Nacotchtank people. Tyler grew up putting on plays in his bedroom and tearing off bits of toilet paper to sell as tickets to his parents, brothers, and dozens of stuffed animals.

He built his career in DC, acting at Shakespeare Theatre Company, Imagination Stage, Round House Theatre, Theater J, Adventure Theatre-MTC, and more. He helped to found Faction of Fools Theatre Company, a theatre devoted to Commedia dell’Arte and contemporary adaptations such as A Commedia Christmas Carol, Titus Andronicus, and Our Town. Local directing credits include “Oh Dad, Poor Dad…”, “The Visit”, “Blue Heart”, and “Office of the Speaker” (winner BEST DRAMA at the 2019 Capital Fringe Festival). He has also regionally directed some of his original plays, including “The Good Devil (in spite of himself”, “In Wonderland” and his two-man adaptation of Brecht’s “Galileo”.

Tyler has a robust career teaching theatre, and doing private coaching and professional development. He is the Director of Education for Spooky Action Theater (DC) and has served as Artistic Director for Romp of Otters Theatre (Providence), Associate Producer and Director of Audience Services for Faction of Fools Theatre (DC), and Treasurer and Head of Auditions and Workshops for The Actors’ Center (DC).