Originally from Cleveland, Ohio, I live in Israel, where, in addition to my theater work, I am a journalist, teacher, poet, PR script writer and photographer. I am the artistic director/director/one of the playwrights of Raise Your Spirits Theatre (www.raiseyourspirits.org), and the director of Dor L’Dor Psychological Theater, Na’na Playback Dance Theater and Mikva the Musical, Music and Monologues from the Deep. I am the co-founder and editor-in-chief of the award-winning site, WholeFamily.com, whose core content is family dramas (which were the basis for Dor L’Dor Theater), and have won several awards in the area of educational theater and journalism (see below). I give workshops in Biblio-Playback, a method that combines Bibliodrama with the discipline of Playback (improvisational) theater. 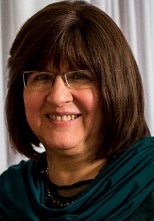 I have worked with all ages, including teens at risk, and with populations that have suffered trauma. My first work in theater and trauma was with the children of Safed in 1975-6, who had been injured in a terrorist attack in which 22 of their classmates were murdered. I also created and directed theater projects with two groups of teens-at-risk (Israelis and Anglos) and with high school girls who were among the dispossessed from Gush Katif.

Among the stories I have covered extensively as a journalist were the trial and appeal of John Demjanjuk (in Israel), the uprooting of the Jewish communities of Gaza (Gush Katif), book, art and theater reviews, interviews with people who have made aliya, and many human interest stories and stories about special interest groups, including the disabled. My husband (an Israeli, who was among the liberators of Jerusalem in 1967) and I have children and grandchildren who live throughout Israel.

Biblical musicals I have co-authored have been performed in Israel, New York, Cincinnati, Canada and India; more than 50,000 people have seen them. This is the list of our Raise Your Spirits musicals, all but the first (Joseph, licensed), original to our group:

I am a board member of ATARA – The Association for Torah and the Arts, of Raise Your Spirits Theatre and of the Alliance for Jewish Theatre.

I did the preliminary research for the award-winning documentary, Deadly Currents, by Simcha Jacobovici, and have served as liaison between foreign film crews and print journalists, and Israelis, including for Nightline and for NYT reporter Thomas Friedman, when he was stationed in Israel. I was a researcher for the pilot that evolved into Jerusalem Online. I’ve researched and scripted many PR films, and have directed some of those as well.

I was the initiator, recorder and editor of the book Listening to God, by Rabbi Shlomo Riskin, and have edited many other works.

I have taught Tanach, Jewish Philosophy, English Literature and Creative Writing at the high school, college and adult levels and have written and given workshops on educational curricula that embedded theater, art and music into lessons. I teach Cinema Midrash, which is analyzing film through the prism of Jewish sources.

I was the producer/host, for Radio West, of a call-in news-oriented radio show, The Great Divide, featuring prominent people in Israel with opposing viewpoints, the goal being to achieve dialogue between them. This was originally executive-produced by Gesher, an organization dedicated to bridging the divide between different segments of the Israeli population, for which I had worked as a T-group facilitator, promotional writer and script-writer.

I’m both an art photographer and a photo-journalist; I’ve exhibited photography in Israel, Canada and the U.S. and my photography has been featured in newspapers and magazines in both Israel and abroad. It received critical acclaim for photography in book by Thomas Friedman, From Beirut to Jerusalem.

Among my publications on theater (in addition to newspaper articles) are chapters in the anthology Developing a Jewish Perspective on Culture, published by Yeshiva University (“The Female Voice in Orthodox Biblical and Educational Performing Arts”), and in the Hebrew anthology Hidat Hayisurim (The Enigma of Suffering), published by Beit Morasha and Miskal – Yedioth Ahronoth Books and Chemed Books (focusing on the therapeutic value of theater, called “To Touch a Soul”).

My MA thesis in English Literature from Bar Ilan U. was “Performing Ruth: Dramatic Exegesis in Religious Women’s Theater Groups, with an emphasis on the character of Naomi” and is in the Bar Ilan library.

I’ve co-authored a marital self-help novel with psychologist Dr. Michael Tobin, which has come out in Hebrew and German (English pending). The book began on our WholeFamily.com website as a series of dramatic monologues.

I’ve also done community and volunteer work and have sat on municipal committees on culture and education, have been on think tanks of new schools, including two high schools of the arts, and have participated in dialogue groups between the Orthodox and secular in Israel, and between Jewish Israelis and Moslem Palestinians.