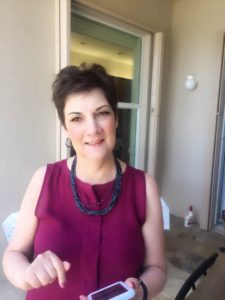 Susan Shafer’s award-winning plays have been performed in theaters, JCCs, and synagogues across the country, from Nantucket to Boca Raton to San Diego.

Dr. Shafer, a graduate of Columbia University’s Teachers College, is a member of the League of Professional Theatre Women, The Dramatists Guild, The Authors Guild, and The American Society of Journalists and Authors (ASJA).

Shafer’s latest full-length play, The Mah Jong Chronicles, set in Brooklyn and the Catskills in the 1950s and 60s, is about four housewives who put aside their weekly Mah Jong game to secretly create a magazine about sex and romance. At the heart of the play is the story of the women’s friendship. The full length is based on a one-act, Catch the Mah Jong Beat! that was produced at Manhattan Repertory Theater in NYC.

In addition to the play, Dr. Shafer has written a graphic novel of the same name, and is currently submitting the play, and the novel, to theaters and publishers.

Shafer is also the author of eight articles for ASJA, ﬁve plays for children, and two best-selling books for teachers.

A sampling of Shafer’s Jewish plays

A young Jewish couple is at odds on their first date, until they realize they have an interest in something odd. (1m, 1 f)

An elderly Jewish man and his son disagree about the son’s choice of a bride. (2m)

MISHEGAS IN THE POKEY

In this humorous piece, two Jewish inmates in Sing Sing make up fictitious Jewish holidays as a way of getting out of their cells. (3 m)

TRADITION
Two men in a deli in Boca disagree about whose cantor is the better singer. (2 m)

A timid young woman consults a personal injury lawyer after she’s hurt in an accident. Does he give her ethical advice? (1 m, 1f)

A young woman befriends a grumpy senior in a hospital emergency room. Will he accept her invitation to Passover dinner? (1 m, 1f)

On Passover, an incorrigible old man refuses to enter the house of a friendly young woman, until a clever cousin intervenes. (2m, 1f)

Does the lonely widower find love at the Passover dinner? (2m, 2 f)

The above three plays can be presented individually or as a 3-act evening of about one hour.

Set in a Catskills bungalow colony in the 1950s, four women argue over a Mah Jong rule. Dance and arguments ensue! Described by The Jewish Times as “Great!” (4 f)

Two elderly roommates face a crisis when a letter arrives from the landlord. (2 f)

Set in Brooklyn and the Catskills in the 1950s and 60s, four women put aside their usual Tuesday night Mah Jong game to secretly create a magazine about sex and romance. (5 f, 1 m)