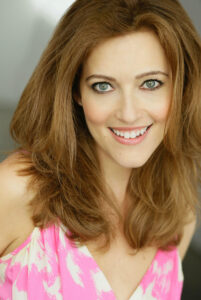 Sandy Rustin is an actress and award-winning playwright recently named to the Broadway Women’s Fund’s inaugural “50 Women to Watch” list. She is the writer of the stage adaptations of CLUE and MYSTIC PIZZA (both slated for 2020/2021 Nat’l Tours), an upcoming musical review for DISNEY THEATRICALS, an upcoming show for DISNEY CRUISES, and the Nat’l Tour of American Girl Live! (Mattel). Her original comedy, The Cottage, is slated for its Broadway Debut (Jason Alexander directing) in the spring of ‘21. Other original works include: Rated P for Parenthood (Off- Broadway/ABC TV), Struck, Houston, Elijah, The Suffragist’s Murder, Everything Seems Like Maybe, & Family Dinner; A Quarantine Comedy. She has upcoming projects in development for film/tv/theatre. Sandy is the Founding Co-Artistic Director of Midtown Direct Rep & an advocate for http://cowdenfoundation.org/ Northwestern University graduate. Sandy is a member of ASCAP, SAG, AEA, and the Dramatists Guild and is represented by A3: Abrams