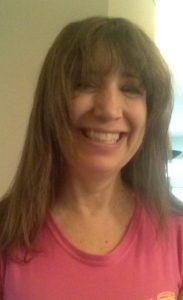 Robin Pullen is a playwright and gifted educator who has served on the Advisory Boards of Atlanta’s Process Theatre and Working Title Playwrights. She participated in New York’s ASCAP Musical Theater Workshop, and DC’s Kennedy Center Playwriting Intensive. In addition to her myriad of ten minute and full length plays, she published her Judiasm-inspired short story, Mysterium Tremendum, in Creative Loafing and O’Georgia. Next up is her FLA ZOOM production of the romantic comedy, Island Fever.

In redefining what is home, two women confront the. In order to save her daughter, EMMA disguises herself as a soldier, forcing LIA to find her own way as a factory workerat the Ivy Woolen Mill. Based on the true history of Civil War, Georgia, where 400 factory workers were accused of treason and forced to rail north away from their homes

This colorful, comedic tale, complete with a singing Fish and dancing Cow, paints the story of young, Jewish, painter Marc Chagall’s quest to be an artist. Through fanciful biographical scenes where he must get permission from his parents and extended family to pursue a non-Jewish trade, his childhood journey to art school artfully, playfully, comes to life.

True tales from the Teacher’s Lounge! A retiree wannabe discovers her teaching partner has only taught cats and her new student, Satan, is a toe breaker, in this musical comedy about tested teachers who find out what they have isn’t what they want!

NEXT UP: I FORGIVE YOU, SIX SIXES, WING GIRL.