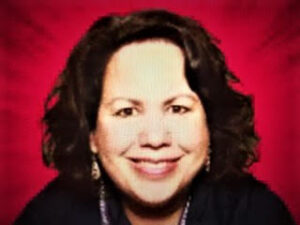 Robin is a Tony Award nominated producer for NATASHA PIERRE AND THE GREAT COMET OF 1812 and has been part of other Broadway shows including BE MORE CHILL and SYLVIA and is a Co-Producer on forthcoming high profile Broadway productions in development. She began her producing career as Associate Producer on MOTHERHOOD OUT LOUD that ran at Primary Stages and regionally.

She is presently Lead Producing, with her theatrical producing partner, an upcoming musical inspired by a book Robin wrote How to Marry a Mensch.  As an author/Love Coach, Robin has been seen on CNN and The Today Show, among many others, and has led discussions at Canyon Ranch, Mohonk Mountain House, and at Off Broadway shows including I LOVE YOU, YOU’RE PERFECT, NOW CHANGE and DINNER WITH FRIENDS.  She has also been featured in the NY Times, USA Today, Time magazine….and beyond.

Robin is a Board member of New York Theatre Barn and a member of The Drama League of New York and American Theatre Critics Association.

She conceptualized/moderated the first theatrical panel, From the Page to the Stage, for the American Society of Journalists and Authors (ASJA) and conceived/led a panel by the same name at BroadwayCon 2017, in addition to assisting with their public relations effort, resulting in a prominent feature in Crain’s NY Business.  Robin has over 20 years experience as a publicist and has consulted on a promotoional level with leading theatrical marketing and social media firms to generate buzz on shows with women over 40 and families.

Robin has been published by TDF Stages, New York Magazine and City Guide and blogs about theatre for her site MotherhoodLater.com.

She is the founder of Lifelong Theatre Lovers and Supporters on Facebook and a supporter of non-profit arts organizations including The Lilly Awards, Page 73, Jack, Broadway Cares/Equity Fights Aids, etc.

She is a graduate of Hofstra University (where she was Arts Editor of a college newspaper) and St. John’s University, and lives in Great Neck, NY with her mensch husband and teen son, a proud volunteer firefighter.

She ardently believes the world needs all the mensches it can get…now more than ever…..and hosts online workshops inspiring a dialogue.

Robin enjoys connecting with others in the theatre arena and is happy to do Zoom chats and attend virtual readings/presentations.  She may be reached at rgnewman@optonline.net.