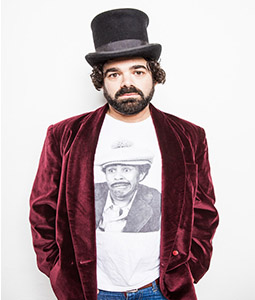 Rob Adler is a an internationally recognized expert in improvisational acting. He specializes in teaching actors how to get out of their head and bring spontaneity, presence and play to theatre, film & television scripts so well-prepared performances look improvised. He is an actor, director, teacher and the founder of the AdlerImprov Studio in Hollywood (www.adlerimprov.com), a coach for actors, directors and production companies like Lionsgate, Disney, FOX, NBC and ABC and notably on national television as the on-air acting coach for Disney’s High School Musical: Get in the Picture, he writes a regular column offering expert advice to actors for Backstage (https://goo.gl/RSWRwZ).

In addition to coaching and teaching actors, Adler also uses his expertise to help doctors, lawyers and business leaders and has taught at the Keck School of Medicine, St. Peters University Hospital, and the Sol Price School of Public Policy Masters in Executive Leadership Program.

As an actor, Rob Adler has appeared in Hollywood films, commercials and television shows, both national network and cable. On the stage, Adler recently in Los Angeles with Theatre Dybbuk playing Jethro in the world premier of Exagogue (an unearthed greek tragedy thought to be the first written ‘Jewish’ play) and a celebrated run as “Larry the Liquidator” at the Pico Playhouse with Interact Theatre Company.

He is an alumnus of The Theatre School at DePaul University and also studied in the UK at BADA. His expertise was honed with the world’s foremost teachers and institutions, including Alan Rickman, Fiona Shaw and Paul Sills in Spolin, Viewpoints, and Commedia Del Arte, with the Groundlings, Second City, Anne Bogart’s SITI Company, and Tim Robbins’ Actors Gang, among others. Adler holds a certificate in Film Directing from UCLA​​.