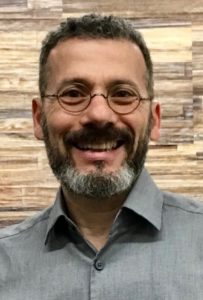 Ralph Meranto is Producing Artistic Director CenterStage Theatre in Rochester, NY. Ralph developed and directed Jason Odell Williams’ World Premiere play Church & State which made its NYC debut at New World Stages (OBA Nominee Best New Play). Church & State has been licensed by Dramatist Play Services and will have over 40 productions performed across the country by the end of 2019. Other new work development projects include Survivors by Wendy Kout (touring NY schools), Kasha Davis’ There’s Always Time for a Cocktail (Off-Broadway Premiere at the Beechman Theater) and CenterStage’s Hit Factory/Hitmakers/American Songbook series. Recent directing credits include Oklahoma, The Bridges of Madison County, Titanic and Dogfight, Ralph has directed/performed in staged readings at Geva Theatre, works as a private acting coach, and appears in the occasional TV commercial for everything from hearing aids to allergy drugs. Ralph is VP of the Alliance for Jewish Theatre.