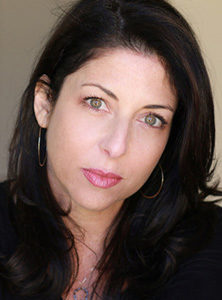 Michelle Kholos Brooks has had productions staged across the U.S. and Canada.

Awards and distinctions include the Susan Glaspell Award for Hitler’s Tasters and the Riva Shiner Comedy Award for Kalamazoo, co-written by Kelly Younger. Hostage was a finalist for the Woodward/Newman Drama Award. Publications include Dramatists Play Service, Room literary magazine and The Daily Beast.

Brooks is member of The Dramatists Guild of America, The Playwright’s Center and Pacific Resident Theatre. In addition, she is a Non-Resident Senior Fellow at the Atlantic Council, Scowcroft Center for Strategy and Security.