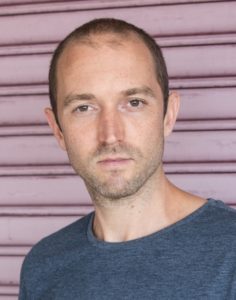 Josh Hershfield is a professional actor, singer, songwriter, and author. He has appeared on stage in such roles as Stanley Kowalski in A Streetcar Named Desire (AntiochTheatre Co., Ohio), Algernon in The Importance of Being Earnest (CBB Theatre, CA), Dr. Givings in In The Next Room or The Vibrator Play (The Theatre Group, CA), Page in the opera Amahl and the Night Visitors (The Orpheon Society, NYC), and he originated the role of David in Mixed Blessings (NoHo, LA). His screen work includes Twice Upon a Time in the West, Larry Crowne, The Irishman, and the upcoming fifth season of Animal Kingdom on FX. He studied in the Masters in Shakespeare and Classical Acting program at the London Academy of Music and Dramatic Art (LAMDA) where he performed such roles as Duke Orsino in Twelfth Night, Puck in A Midsummer Night’s Dream, and George of Clarence in Henry VI. His songs and compositions can be heard in over two dozen film and TV soundtracks and commercials, and he has performed nationally and internationally with his band and as a solo performer. The music video for his song “Leave With Me” was nominated for best song and best video and won best cinematography at the San Diego Film Festival. His comedy/horror screenplay, Tarantula Season, was a finalist at ScreamFest in Hollywood, and his short films, Someone You Can Talk To and The Visit, were produced by Tallgrass Pictures. He holds a B.A. in Music and Environmental Studies from Antioch College, a songwriting certificate from Berklee College of Music, and an M.A. in Holocaust Studies from Haifa University where he was an Azrieli Foundation Scholar. His current project is a full-length rock musical that tells the story of a youth-led uprising in a Jewish ghetto during the Holocaust. He is also an expert surfer, and a master rank in Soo Bahk Do, a Korean style of martial arts.