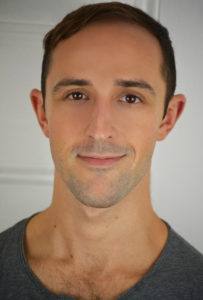 Jesse Garlick is an actor, dancer and theatre educator who has worked extensively across the northeast since graduating from BU with his BFA in Acting in 2014.

Off-off Broadway credits: Who Would Be King (Ars Nova)

Jesse is a former faculty member at Boston Ballet’s ECI Department as well as a co-founder of 360 Dance Ensemble. In addition, Jesse has taught acting, devising and movement at numerous schools and summer programs across Massachusetts, where he has lived for the past 15 years. Jesse holds a BFA in acting from Boston University as well as having attended the Academia Dell’Arte in Arezzo, Italy and Shakespeare and Company in Lenox, MA. He is currently an MFA candidate at the Actors Studio Drama School at Pace University and is also an artistic associate with the Boston based devising company Liars&Believers, with whom he will be bringing the original deaf-accessible play Yellow Bird Chase to the Edinburgh Fringe Festival in August of 2021.