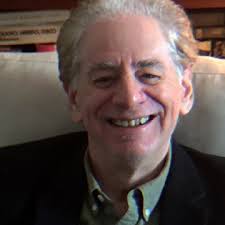 Gary Morgenstein’s novels and plays have been featured in national media from The New York Times, Entertainment Weekly, Parade Magazine, the New York Post, and Sports Illustrated to NPR.

An award-winning playwright, Morgenstein’s drama A Black and White Cookie, about the unlikely friendship between a conservative African American newsstand owner and a politically radical Jew, won the 2021 Broadway World award for Best Play and Best Actor for its October premiere at Silver Spring Stage outside Washington. His multi-generational drama about a Bronx working class family in the tumultuous 1960s, A Tomato Can’t Grow in the Bronx, will premiere April 1-10 at the award-winning Center Players in Freehold, New Jersey. Morgenstein’s latest play is Free Palestine, about the firing of a Jewish teacher of Israeli-Palestinian studies. An accomplished novelist, his six novels include the critically-acclaimed dystopian political novels A Mound Over Hell (“1984 Meets Shoeless Joe”) and A Fastball for Freedom (“a dystopian Field of Dreams”) A Mound Over Hell | Gary Morgenstein (bhcpress.com).

Morgenstein also wrote the book for the off-Broadway sci-fi rock musical The Anthem. He lives in Brooklyn, the Center of the Known Universe.