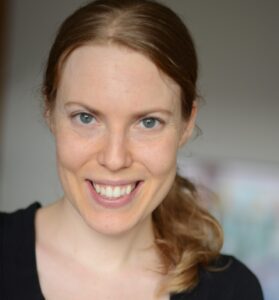 She is currently developing AND YOU SHALL BE A BLESSING, a play with music about singer/songwriter Debbie Friedman.

Deborah’s honors include two Jerome Fellowships at The Playwrights’ Center and a Dramatists Guild Foundation Fellowship. She was recently a member of the Civilians’ R&D Group and has been a Dorit & Gerald Paul Artist in Residence at Indiana University, a playwright-in-residence at the William Inge Center for the Arts,  and a resident at SPACE on Ryder Farm. She was a 2020 Finalist for SPACE on Ryder Farm’s Working Farm Group.

Deborah’s TV pilot THE WRONG APPROACH is a 2020 Quarterfinalist for the Austin Film Festival.

She has written articles for The Playwrights’ Center, HowlRound, and Caridad Svich’s Audience Revolution, Dispatches from the Field.

Deborah is a dramaturg-for-hire through the Playwrights’ Center, a New Voices teaching Fellow through the Dramatist Guild Foundation, and has taught playwriting at the University of Iowa, Independence Community College, and at Indiana University where she received the Carl Ziegler Teaching Award.

Deborah earned her MFA from the University of Iowa where she was an Iowa Arts Fellow.

You can find her work on the New Play Exchange: