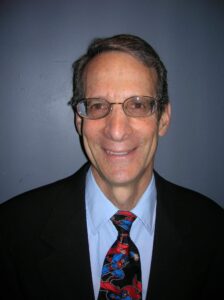 My writing examines how the strong desire for man to remain an individual–true to himself–conflicts with the needs of a society that demand a level of conformity to insure its survival.  I explore humanity’s struggle to balance these conflicting forces and the tragedies of those who cannot.

Pilgrim Foundation. Award for plays that deal with issues of moral significance (BY THE RIVERS OF BABYLON.)

Ya’akov, a precocious thirteen-year old orthodox youth, goes to a zoo to mourn the death of his pet dog and befriends, Eddy, a troubled young man who plans to murder the zoo’s alpha male chimpanzee, Hank. As Eddy and Ya’akov share their life experiences, Ya’akov’s faith leads them on the universal path to find forgiveness, experience the transformation of hate to love and learn what it means to be a man. A bare set may be used.  Full length.

BY THE RIVERS OF BABYLON  (Staged)

Shamshaya, a Babylonian teen, has left home to confront the ancient Babylonian god, Shamash, who he believes has unjustly taken the life of his young brother. As Shamshaya nears Judah, he is arrested and placed in the same dungeon as the Biblical prophet, Jeremiah. While the Temple in Jerusalem is being destroyed by the Babylonians, the two discover a deeper and stronger meaning of their own faith.  Full length.

It didn’t start out to be a home invasion.  Two brothers have beaten their father and stolen his car.  They seek refuge in a suburban home of a Jewish family preparing for the Passover Seder.   Full length.

KICHEL (Staged)
An elderly Jewish man with a bag of kichel sits on a bench next to an African American man. Confused by a language barrier, they encounter a valley girl whom neither of them understands. 10-Minute.

THE AKEDAH
Isaac, a 37-year-old man learns that his father, Abraham, is planning to offer him as a human sacrifice. They struggle with the nature of leadership and faith.  10-Minute.

Mrs. Page is a passionate socially and politically conservative African American widow. When her caregiver, Eddy, a White liberal actor, refuses to use the N-Word in a play he’s rehearsing, they each learn something about themselves from the other’s perspective.

Don Ward, 21, is a mathematician who, while searching for a higher level of infinity, loses touch with the finite–the real world. Paralleling his search is his infinite but tragic love for his dying wife, Deborah.

Set in 1967, a thirty-year-old African-American man has lived alone for the past eighteen years in a secured forest cabin. Besides his childhood experiences and memories, his view of life is based on his many books. Glober, a recently returned White Vietnam veteran, is forced to take refuge in the cabin during a violent storm.

Set in 1967, Sally, must balance her love for her husband with her patriotic ideals. While her brother is missing in action in Vietnam, she learns her husband, the town’s high school basketball hero, has secretly faked a medical condition to avoid the military draft.

Isaac’s father is a naval officer unable to cope with his posttraumatic stress disorder. We experience Isaac’s reverence as a child, flippancy as a teenager and eventual compassion as an adult who struggles to forgive himself for honoring father’s last wishes.

Poetic justice is sometimes the most just.  The Divine Comedy serves as inspiration for an innocent ex-convict to exact revenge for his niece’s murder and provides a surprise ending.

This fourteen character no comedic holds barred zany mystery is filled with puns, Russian spies, innuendo, mistaken identities and murder that revolves around the liveliest couple to ever destroy one’s equilibrium. Duncan Lutwidge is a brilliant professor of mathematical logic who attempts to solve a murder. He is almost as sharp and witty as his wife, Alice. Some roles may be double cast.

When faced with a crisis, an eccentric family is forced to examine what it thought were its values. Rachael, the mother, raises monkeys, lions, and llamas in the back yard. Her husband, Jacob spends much of his time submitting new names for planets to astronomy societies. Their four adult children have their individual eccentricities as they share the joy of living.

THE HEART OF THE SUFFERER

A loving and caring mother and wife feels responsible while her husband and son constantly fight.  Her visiting brother reinforces her feelings of guilt as she tries to keep the family together.

OTHER FULL LENGTH PLAYS (Not yet staged)

While home on military leave, Mary finds she has left one battle zone for another. Her plans to marry longtime family friend, Lizbeth, disrupt an already tense family dynamic. The family starts to disintegrate until secrets and misunderstood prejudices are revealed and everyone’s truth is faced.

Set in the staff lounge, this is a touching and hilarious musical about teachers waiting to learn who will be fired because of a decline in state funding. An orchestra is not required. A score for a piano accompaniment is included with the script. The Music and Lyrics are by David Reiser.

A PART OF THE MAIN

Four strangers meet in a park; a lonely man, a scarred teacher, a student athlete, a patriotic refugee. They eventually play dominoes as their lives become interconnected forever.  A non-realistic set may be used.

A PARENT CONFERENCE
A teacher holds a conference with a student’s parent; at least that was the plan. 10 Minute.

A PITCH AT WRIGLEY
Two women meet and learn about games, war and hope in front of Harry Carey’s statue at Chicago’s Wrigley Field. 10-Minute.

A SLICE OF TEEN LIFE
Written to be performed by teens, nine monologues highlight the complexities of their lives. One monologue, A Rose is a Rose, is published by Dramatic Publishing.

A WONDER
Every action of Hoy and Graham’s lives is determined by chance; a roll of a die or a playing card drawn from a gambling shoe directs their every decision. 10-Minute.

AFTER THE SECOND ESKIMO WAR
Society has learned that men are incapable of learning from the past and only women are capable of making educated and rational decisions. 10-Minute.

AND THY MOTHER
A woman searches for the child she gave up for adoption at birth seventeen years ago. A religious young woman answers the notice. 10-Minute.

ANTEDELUVIAN II
The leader of a religious cult, Spirit of the Dove, recruits victims of tragedies during their most vulnerable moments. 10-Minute, 30-Minute.

KICHEL
An elderly Jewish man with a bag of kichel sits on a bench next to a hip African American man. As they attempt to communicate, they encounter a valley girl whom neither of them understands. 10-Minute.

OFF SIDES
Carrie visits a funeral home to say hello and good-bye to the father who abandoned her at her birth. She encounters a sister she never knew existed. 10-Minute.

RIDE OF A LIFETIME
As they sit in their chairs, an elderly couple imagine they are taking a roller coaster ride. Winner of Boca Raton Gold Coast Players Play Competition. Published by Dramatic Publishing. 10-Minute.

THE EMAIL CONSPIRACY
This is a large cast play for middle and high school students. With some help from her school friends and mother, a teenage girl convinces her father that a piano would not disturb his painting. 30-Minute.

THE SALE
Mistaking a young knife salesman for a student, an elderly tutor introduces the salesman to the beauty and balance of mathematics. Published by Dramatic Publishing. 10-Minute.

THE VISITORS
A young widower acts as though his dead wife and young son are still living with him.  A friend’s visit forces him confront himself and his past family relationship.  45-Minute.

WHAT IF?
A father takes his daughter shopping for a pair of shoes for her first dance. 10-Minute.