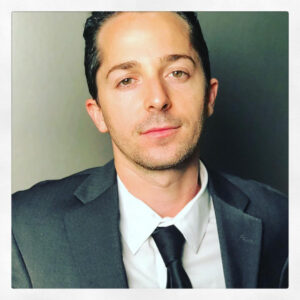 Adler is a proud playwright of The Actors Studio’s “Play Development Unit” with works produced by Mixily Presents, NuRoots, Jewish Women’s Theater, and The Actors Studio. He co-founded Actors Circle Ensemble and lead the development program for nearly a decade. He produced the festival “PICplays: Perform Inform Change” and brought aboard an international panel of artists and academics to workshop new plays around contemporary issues, including: Unionism In America; Environmentalism; Education & Youth Empowerment; Discrimination; and Health Care.

The Institute for Jewish Creativity recognized Adler with a six month fellowship as an Inquiry Artist.

His script, “Birdy,” is available from Smith Scripts.