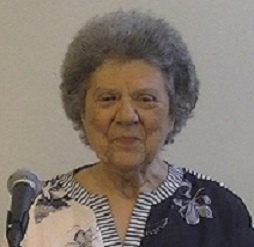 Carol Weiss is a published author, composer, conductor, pianist and teacher. Her newest musical, The Door to America, the story of Jewish immigrants, just had its first Equity stage reading, and will hopefully premier at a regional theatre soon. www.thedoortoamerica.com

Ms. Weiss has written 12 musicals for young audiences which have been performed by schools and theatres throughout the country. Her musical, The Emperor’s Birthday Suit was featured in the Stephen Schwartz’ ASCAP Workshop. Teddy & Harry – The Tortoise and the Hare won 1st Place in the National Jackie White Playwriting contest. She has received a Drama-Logue award, and a presidential citation for excellence in teaching. Her musical versions of The Fir Tree and Snow White are published by Dramatic Publishing.

She wrote songs for the PBS math series, “Square One TV,” “Slapstick Studio” starring Dick Shawn, and “The Good Book” starring Bobby Morse. She was composer and conductor for the CBS-TV pilot “Completely Off The Wall” starring John Ritter. She was musical director for General Hospital’s annual “Nurses’ Ball” (ABC-TV) and vocal director for the Gershwin Trust’s “Lady Be Good” cast album (with Jason Alexander). She also served as musicologist for the TV game show, “Face the Music.”
Her stage conducting credits include Cinderella starring Steve Allen, Jayne Meadows and Rose Marie, at the Pantages Theatre in Hollywood, Little Me starring Rich Little, and Nunsense with Pat Carroll and with Joanne Worley.

Ms. Weiss received her B.A. from the University of Chicago. While studying there, she co-wrote musical touring shows for The Urban Gateways Project, created by Mayor Richard J. Daley and legendary actress Cecily Tyson. She also scored several educational projects for Encyclopedia Britannica Films. During the 1984 Olympics in Los Angeles, her musical, Out Of Sports, was used by American Express as its official entertainment for visiting CEO’s of major corporations.

In addition, she has accompanied singers at many thousands of auditions, including the original and Broadway revival companies of Beauty and the Beast, Chicago, City of Angels, Fosse, Grease, The Lion King, Miss Saigon, Ragtime, the original animated feature, “The Little Mermaid” and the film version of Hairspray. She has been a guest lecturer for the National Association of Teachers of Singing and has worked with many well-known performers, including Jason Alexander, Scott Bakula, Patrick Cassidy, Debbie Boone, Katharine McPhee, Brad Garrett, Lou Gossett, Paul Stanley, and Robin Williams.
Through her Carol Weiss Musical Theatre Workshop, she has guided thousands of performers on their path to Broadway, for the past 30 years. www.carolweissmusic.com