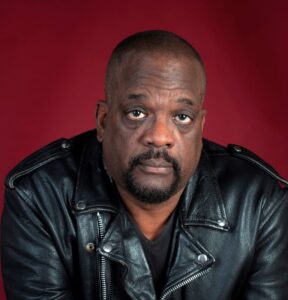 Kelly is a four-time Fulbright Scholar and a member of the National Theatre Conference. He earned his PhD in theatre research from the University of Wisconsin-Madison, a diploma from London’s Royal Academy of Dramatic Art, and a master of fine arts in acting from California State University, Long Beach.

He has traveled extensively as a cultural specialist for the United States Bureau of Education and Cultural Affairs, teaching and lecturing on the theatre in Africa, Europe, and Asia . His teaching of acting has led him to teaching and lecturing residencies in more than a dozen countries on five continents and in 20 American states. He has been a fellow at Harvard University’s W.E.B. Du Bois Institute for African American Research.

Prior to joining the Department of Theatre and Drama at UW-Madison, he was head of acting and director of graduate studies at the University of Louisville.

Currently, he serves on the boards of the Comparative Drama Conference (Editorial Board), the Stanislavsky Institute Advisory Board, and the American Society for Theatre Research (Executive Committee). Kelly has served on review panels for the NEA, Mid Atlantic Arts Foundation, and Fulbright Commission.

Film and television work include: “A Day Without a Mexican”; “Bird”; “Adventures of the Galaxy Rangers”; “As The World Turns”; “Loving”; “Frazier”; “Law and Order”; “The Innocent”; and “Majority Rule.”

Kelly’s work has been published in Theatre Journal; American Theatre; Routledge; African American National Biography; Stage Directors and Choreographers Journal; Slovo i Chas; Journal of Ukrainian Institute of Education and Science; Cambridge Scholars Publishing; Peter Lang Publishers; and the Journal of the institute of African Studies, among others.

His book, “An Actor’s Task: Engaging the Senses,” is available from Hackett Publishing Company. Kelly’s website is: www.baronkelly.com