Jewish humor. Where would we all (Jews and non-Jews) be without it? Would we even BE without it? 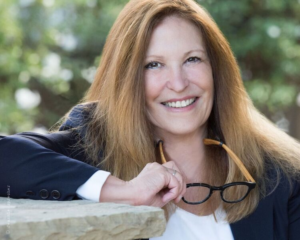 So, I have been tasked to help organize and be on the panel on Jewish humor at the next Alliance for Jewish Theatre Conference in Boston in October 22 – 25 2017. And I’m thinking maybe we hear, a little comedy from humorist/performers, a little context from a scholar, and a little experience from our fellow, funny Alliance members.

From its spirit-saving, age-old coping mechanism to its present-day political and social commentary… from its power to provide entertainment and escape, to its capacity to challenge and confront — humor and Jews doing humor has been a vital part of the Jewish collective and its individual identity.

And it has been an important part of theatre produced across the globe.

We will also have the respected scholar Rabbi Moshe Waldoks (author of The Big Book of Jewish Humor), and his rundown on both the history and serious aspects of humor.

Even as we speak new comedy mavens are joining our fold – with a shout out to David Misch, known around the country as a public speaker about comedy; and shouts to the Alliance’s long-time members who specialize in Jewish humor. We want YOU!

Let’s GET THIS PARTY started now.

Wendy’s first play, Don’t Blame Me, I Voted for Helen Gahagan Douglas, co-written with Michele Willens, was a 2006 O’Neill Conference Finalist and had fundraising readings throughout the US, for Nation Magazine, People for the American Way and National Women’s Law Center. It was also nominated for the Weissberger Award and was a finalist in the 2013 Mario Fratti-Fred Newman Political Playwriting Contest. Casts starred Christine Lahti, Wendie Malick, James Naughton, Charles Shaughnessy, and Patrick Breen.

Wendy serves on the Board of Directors of the Skylight Theatre Company in Los Angeles and served on the Boards of The Liberty Hill Foundation of Los Angeles and Fund for Santa Barbara, where she served on the Social Justice Award panel for the Santa Barbara Film Festival. She has also co-produced fundraisers for The Nation, People for the American Way, National Women’s Law Center and ASTI… Acid Survivors Trust International.

One thought on “From AJT member Wendy Kout…”

Catch the latest in the December 2019 Newsletter!

Alliance for Jewish Theatre’s 2019 Conference Chicago • November 3-5 Conference Schedule VIEW & DOWNLOAD HERE>> Conference Registration If you need to discuss a reduced rate so you can attend, […]