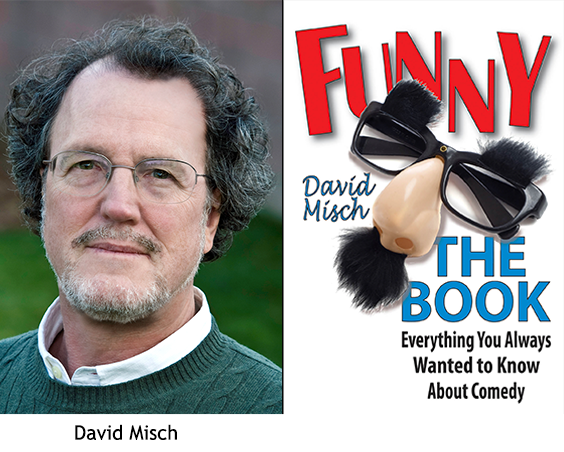 Given their prominence in show business, is it possible there’s a connection between Jews and comedy? The answer is: What are you, meshuga? (Or, to put it in contemporary terms: Duh.)

But why this connection? Some say it’s due to Jewish history, though that history is hardly the stuff of merry-making. But comedy is one of the best ways to deal with tragedy; Nobel Prize winning novelist Saul Bellow said “Oppressed people tend to be witty.”

This multimedia talk looks at the interaction between comedy and Jews, born of a fatalistic sensibility that sees irony everywhere, often expressed by sarcasm. (If a Jew says “Good thinking, Einstein,” she doesn’t mean you’re smart.)

And as a free bonus (but for you, free), Jewish Musical Satire highlights five songs by Jewish songwriters which show cultural satire from a Hebraic perspective.