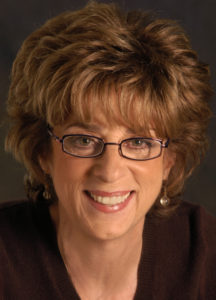 at Oakland University in Rochester Michigan.

Kitty is an award-winning playwright whose work has been performed across the country. Her most recent production, RIGHTS OF PASSAGE is her sixth world premiere and seventh play to be produced at the Jewish Ensemble Theatre in suburban Detroit.  Other productions at the JET include THE BLANK PAGE, COMING OF AGE, THE DAY WE MET, CHANGE OF LIFE, DANCE LIKE NO ONE’S WATCHING, and THE LAST RESORT. Kitty has also received productions at Jeff Daniels’ Purple Rose Theatre in Chelsea, MI, the BoarsHead Theatre in Lansing, MI. and the Live Oak Theatre in Austin, Texas. Her one acts have been performed in numerous festivals and competitions across the country including The American Globe Festival, (NYC) Heartlande Theatre’s Play-by-Play Marathon, (Detroit) Tipping Point’s Sandbox Festival, Boxfest Detroit, StageIt, Bonita Springs, Florida, Vitality Festival, Chicago, and the Samuel French Play Competition. (NYC) Kitty was named Playwright-in-Residence at the JET in 2004 and has also served as a dramaturg at the JET and the Attic Theatre for several new productions. She has received two individual artist grants from the Michigan Council for the Arts as well as a Jewish Woman in the Arts Award for her body of work. In addition, she has been a Lecturer for the past twenty-three years at Oakland University in Rochester, Michigan where she teaches classes in beginning and advanced playwriting. She is also a frequent speaker at writer’s conferences.

Equal parts comedy and drama, RIGHTS OF PASSAGE consists of 5 short plays that explore the defining moments in the journey of life from bris to shiva. 6 actors (4 female, 2 male) play multiple roles. The script and reviews are available upon request.

THE MARRIAGE SPECTRUM has had development readings at several theaters in Michigan. The cast includes 2 men, and 2 women, with one man and one woman playing multiple roles.

Here is a synopsis:

Mike and Beth Rosen are thrilled when they find out Beth is pregnant but as their son develops, they begin to realize Andy isn’t like other kids his age. When he’s six, a doctor confirms their fears. The play examines the conflicts that arise over the years as Beth and Mike strongly differ in what each thinks is best for Andy, threatening to destroy their marriage.

CUTTING IT CLOSE: 2 females, 1 male. After the birth of a baby boy, a young Jewish husband finds himself in the middle of his mother,
who insists on a bris, and his gentile wife, who considers a bris barbaric. (10 minutes)
CONDOLENCES: 3 females, 1 male. At the shiva for her husband, a grief-stricken woman receives a series of well-intentioned but
unhelpful condolence callers. (10 minutes)
IT’S MY PARTY-1 female, 1 male. Dedicated parents of a son with special needs strongly disagree when their son wants to cancel his bar mitzvah party. (15 minutes)
STRICTLY PERSONAL-1 male, 2 females. A man and a woman, looking for love but both insecure, meet for coffee, as a result of meeting on J Date. (30 minutes)
MIMI AND ME: 2 females. A perky young volunteer tries to cheer up a 90 year old Jewish nursing home resident who has lost the will to live. (15 minutes)
View Calendar