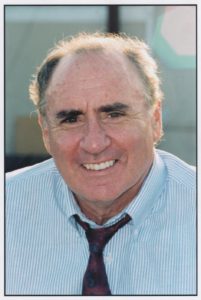 I am a playwright based in Los Angeles. I am quite prolific, and I believe I have had more original full-length plays produced in the Los Angeles area in the past 15 years than anyone.

Several of my plays are Jewish-themed, and I’d like to briefly tell you about two dramedies and two comedies:

THE RABBI & THE SHIKSA, and THE RABBI’S MISSION are the more serious plays (though there is also much comedy). Each play utilizes 5 actors and a unit set. Running time for both is about 110 minutes.

THE RABBI & THE SHIKSA This play (‘A romance definitely NOT made in heaven’) has a very controversial title. Some Jewish theaters will not consider it for that reason. (I am willing to change the title, if necessary.) But the title is one of its greatest strengths. It has been produced five times, in three states, each time doing exceedingly strong box office.

The play is a dramedy, and not a frivolous piece of comedic fluff, although it does contain much comedy. Of course, it involves a rabbi’s romance with a non-Jewish woman. But it also involves other themes. The rabbi is liberal/progressive, but some members of the congregation are conservative and would like to oust him. The rabbi often is arrogant and feels he can somehow extract himself from any problem. Toward the end, he must struggle with his identity.

THE RABBI’S MISSION This dramedy is the sequel to THE RABBI & THE SHIKSA, although it stands alone as its own play.

The rabbi has left his congregation and now works as the head of a mission with a soup kitchen. His best friend has a son who wishes to marry a non-Jewish woman, and the rabbi is asked to counsel them. The young woman is Black, though this does not seem an issue. At about the same time, the rabbi’s former girlfriend visits with the news that she is planning to convert to Judaism.

Again, the play has much comedy, though it deals with significant issues.

OLD BROADS CAN’T DUNK
This is a comedy about a team, the Yentas, in the Women Over 60 Basketball League. The Yentas are losing 59-6 to a team of ancient nuns.. And it’s only halftime.

The best player on the other team breaks a vow of silence by talking when she is ‘accidentally injured by one of the Yentas. That nun then becomes the Yentas coach, and finally a member of the team, transforming them into a strong team.

The play utilizes 7 women and one male (the Coach). Running time is about 110 minutes.

THE YENTAS WEAR RED HATS
In this sequel (although it can stand on its own), after the basketball season is over, the Yentas have little to do, and to make life more interesting they form a Red Hats chapter. (For those unfamiliar with the Red Hats, they are an international group, with various chapters around the world, whose purpose is to have fun. One way some chapters have fun is by attending plays, which means there is a built-in audience for this play, in addition to a Jewish audience.)

This play utilizes 6 women, and 2 men. Running time is again about 110 minutes.